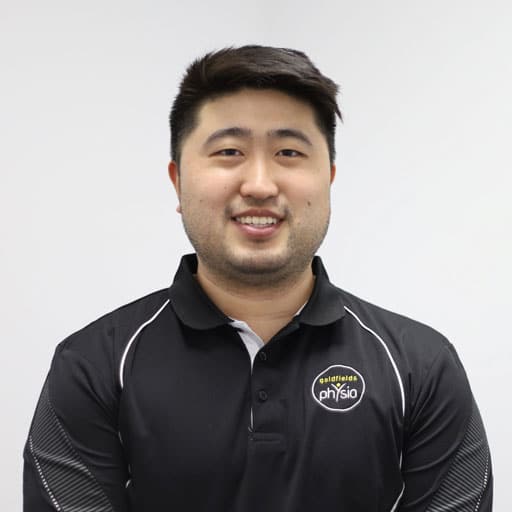 John completed his Master of Physiotherapy at The University of Sydney in 2020 with a Bachelor of Exercise and Sports Science in 2017.
John grew up in Wollongong, a coastal town south of Sydney and moved to Sydney in high school.

John grew up loving sports. He ran track and field on a state level, has a black belt in Taekwondo, played soccer and led his high school to their first ever regional basketball championships.

As a student, John began to live vicariously through sports as a sports trainer for the National Premier League (NPL) Senior Soccer Division 1 Women and Men’s teams and NSW Suburban Rugby Union (NSWSRU) competition. John was fortunate to undertake a sports placement for The University of Sydney Premiership Rugby Union teams.

John is a big believer in the importance of strength and conditioning as an integral component to physiotherapy.

John also enjoys working with a variety of people with experience visiting homes as a therapy assistant under the National Disability Insurance Scheme (NDIS).

John believes his biggest strengths are his empathy and understanding. John is an advocate of mental health and the importance of treating the person and not just the condition.

Wanting to escape the pace and grind of Sydney, John is looking forward to delivering his services in Kalgoorlie.

John loves to spend his down time going to the gym, shooting hoops, playing his play station and doing the occasional hike.
John is interested in investing in the share market and in property and hopes that his returns will enable him to retire one day at a low key beach house with a golden retriever puppy.