Exercising in the Heat and Humidity 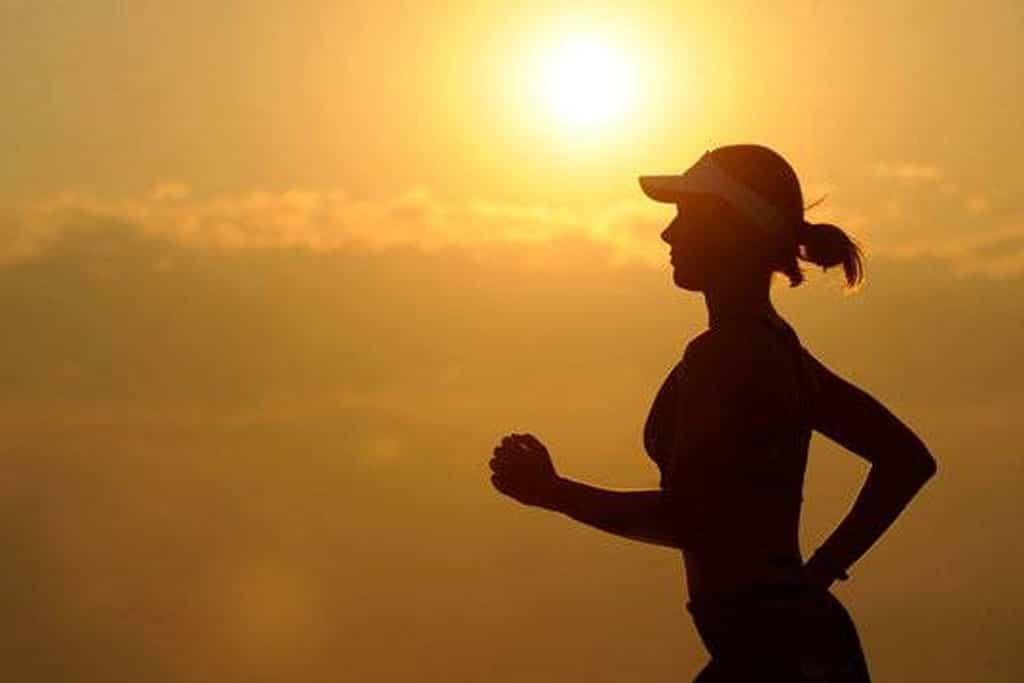 With the scorching heat of the summer season outside, pre-season training or just simply wanting to keep up with your outdoor running routine can be a bit of a challenge. It is often tough enough finding the motivation to get out and even mow the lawn, but don’t let the heat add on the extra challenge to your exercise routine by taking the following points into considerations.

The added thermal load from the bright, hot sun increases stress on the heart. During physical exertion, the heart’s workload is already elevated to provide blood and oxygen to the exercising muscles. The added heat results in the need for cooling, thus the heart has to work even harder to pump blood through capillary in the skin at a faster rate, with the aim to remove heat via evaporation of our sweat. Why is it important to know this mechanism is because it explains why Switzerland’s Gabriela Andersen-Schiess was in such an exhausting condition at the last 400m of the 42.195 km Los Angeles 1984 Summer Women’s Olympic marathon. She described the experience as ‘[her] muscles just didn’t respond’, ‘it was painful’ and ‘not feeling good for a week’. Despite suffering from dehydration, Gabriela completed the race at 37th place and had became an iconic figure, an unforgettable moment in Olympic history of an individual demonstrating sheer commitment and raw determination.

It is through the videos captured as shown in this Olympic rewind that demonstrate clearly to us the effect of Exertional Heat Illness (EHI), otherwise known as heatstroke, heat syncope and cramps. Besides the symptoms described by Gabriel in her reflection, other symptoms could be dizziness, nausea and vomiting. More serious symptoms such as disorientation and blacking out sometimes warrant urgent medical attention in severe cases such as that of the Olympic athlete.

So the next time during your cricket game, under the burning sun and you start to experience some of these symptoms after earning lots of runs for the team, what should you do?

The simplest and easiest strategy to avoid heat stress is to use your common sense … avoid excessive sport, exercise or physical work tasks in the hottest part of the day (which is between about 10am and 4pm in summer day).

However, if it is out of your control, like let’s say a scheduled cricket match, marathon race, underground mining or outdoor, open field occupations where exposure to the heat and humidity is inevitable, then there are ways to improve your performance and reduce the likelihood of suffering heat-related injuries.

The two most important considerations, in my opinion, to take into account are:

In summary, it is crucial to take at least this one point from this reading: be able to identify the symptoms of heat stress. Symptoms such as muscle cramps, decreased in performance, dizziness and headache signifies the need to stop for a break, re-hydration and allow the body to cool down. Furthermore, knowing when to stop and how hard to push is most important in the process of acclimates and training to improve the endurance under hot and humid conditions.

Diane Rowan
Diane is the Director of Goldfields Physio and is a titled APA Musculoskeletal Physiotherapist. She loves learning, a self-professed nerd, and after completing many professional development courses in Canada, including a Diploma in Western-Medicine based Acupuncture, she decided to complete her Masters degree in Musculoskeletal Science (Manipulation) at the University of Western Australia in 2002, receiving the clinical award.